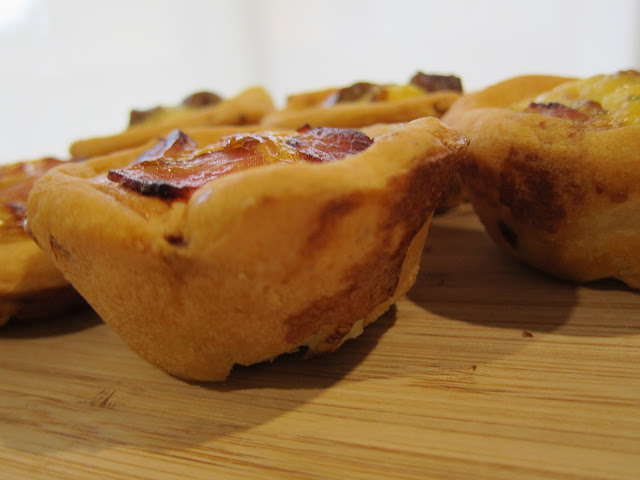 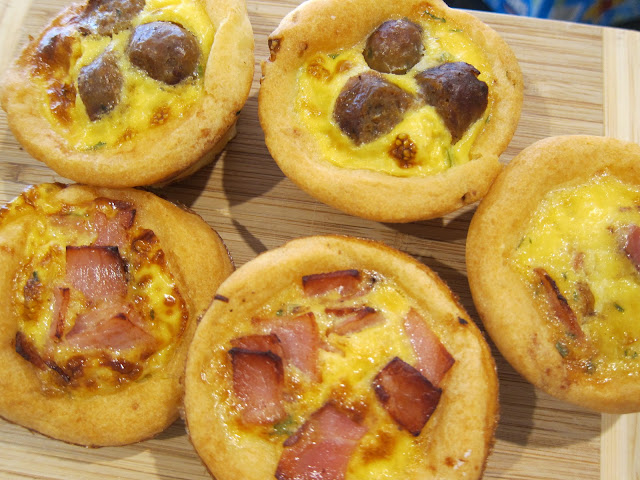 A good pastry, it's so hard to find when you're wheat free. We are also doing a few weeks of legume and nut free to try and nut out a few more issues with the littlest one, so we've lim

I've made the little potato balls out of the RPAH Recipe book, and we LOVE them, they have a lovely crust, and a fluffly inside.

After a batch turned out rather different to normal, I started pondering about using it as a bread or as a pastry base for pies. Well, it worked out PERFECTLY!

You know when you're gluten free, you feel like you're missing out when you see that plate of flaky quiches pass you by? Well no more. While it isn't a pastry, it isn't flaky; it is a delicious, fluffy crust, that complemints pies perfectly.

Mix all ingredients together, it will be soft to touch, and you need to be light handed with it. Roll into 8 balls, and push in to oiled cupcake holes, to create cases.

Bake until just golden, around 10 minutes.

Push sides and base in to create more room more fillings.

Filling:
2 Eggs
A sprinkling of chopped chives and parsley
A splash of rice milk, 2-3 Tbls

Whisk, and add to cases, filling about 2/3's full.

We added nitrate free bacon (cooked in a pan) to some, chopped up failsafe sausages to others, or you could add 'Deli Chicken' also.
You could also sub in some of THAT cheese sauce as well!

Bake for another 5-8 minutes until everything is lovely golden, and cooked.

Serve with Pear Ketchup, or just gobble them up on their own, they are delicious!!
Posted by Tash at 9:46 PM